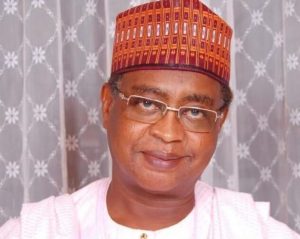 The arrest and detention of Nastura Sharif chairman of the board of trustees (BoT) of the Coalition of Northern Groups (CNG), as undemocratic.

This was made known by Bashir Tofa, opponent of MKO Abiola in the June 12 presidential election.

Sharif, was arrested by the police over the protest by his group on the streets of Katsina yesterday, over the rising insecurity in the north.

In a statement, Tofa said Sharif’s arrest is a “bad example of intolerance in a democracy”, asking President Muhammadu Buhari to order the immediate release of the activist.

He said failure to release him could lead to an avoidable crisis.

“The arrest and detention of Alhaji Nasturah Ashir Sheriff, the leader of the Coalition of Northern Youth, is utterly wrong, undemocratic and a very bad example of intolerance. It is unwise and unjust,” Tofa said.

“Not even during sensible and caring military rules, would citizens demonstrate peacefully about a matter that worries the entire country, and anyone be arrested. Is this a notice that nobody is allowed to say anything or to express a view, even peacefully? Is this the Democracy Nigeria is showing to the world? We hope not.

“I appeal to the President to immediately order the release of this young man with an apology, before a single match ignites the forest and conflagrate the entire North and eventually the country. So many people are angry about so many things. If this collective anger is tickled and pushed by a few who may have started some illegal action somewhere, it will easily spread.