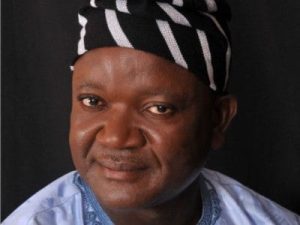 Governor Samuel Ortom of Benue State has vowed not to allow the Miyetti Allah Kautal Hore operate in his state under the guise of a vigilante group.

Fulani group stated that their group is embedded in Vigilante Group of Nigeria (VGN) and already functional in 36 states.

In a statement made available to newsmen on Tuesday and signed by Chief Press Secretary ( CPS) to the governor Terver Akase, Ortom dismissed the claim as false.

He stated that the group was not present in Benue and will never operate in the state.

He said, “After receiving doses of bashing from Nigerians against its first attempt, the pastoralist organization has decided to hide under the canopy of Vigilante Group of Nigeria to actualize their agenda.”

“What Miyetti Allah fails to understand is that Vigilante Group of Nigeria also does not have constitutional right to operate in all states of this country. The notion that the group is registered with Corporate Affairs Commission does not vitiate any section of the 1999 Constitution (as amended) to confer on it the powers to operate in every state of Nigeria.

“Vigilante is a neighbourhood arrangement, not a national programme. It is, therefore, a vain attempt by Miyetti Allah to try to force their security outfit on all states of the federation.”