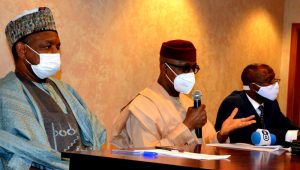 Governor Dapo Abiodun of Ogun State has disclosed the reason the National Economic Council (NEC) approved to compensate victims of herder-farmer crises in the country.

Briefing State House Correspondents on the outcome of the NEC meeting on Thursday, Abiodun said the council made the decision because they have suffered losses and should have a sense of compensation.

The governor who briefed newsmen alongside his Kebbi State counterpart, Atiku Bagudu, noted that Nigerian governors are set to arrest and prosecute criminals in their states.

Abiodun added that members of the council are committed to protecting residents of their states without discrimination.

“Governors should tell their citizens that there are criminals among the herders, but law-abiding citizens should be protected.
“The sub-committee on National Livestock Transformation Plan (NLTP) developed by NEC is voluntary.

“Every state must have a choice on how it wants to implement it. Council also noted that forest has become a hide-out for criminals and said nobody should live in the forest.

“Governors in southern states should visit the northern states in crisis. Governors should develop a plan to de-escalate tension and implement it faithfully to diffuse tension.

“Council generally agreed that the principal thing is to de-escalate the tension and take control of some of the narratives to remove fear.”

NEC had its first physical meeting since March 2020 on Thursday. It was presided over by Vice-President Yemi Osinbajo.