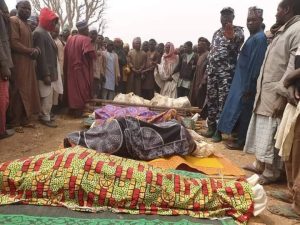 The Jama’atu Nasril Islam (JNI) on Wednesday, August 26 alleged that involvement of some elders statements in Kaduna State is the reason why the crisis in Southern Kaduna has refused to subside.

According to JNI in a statement signed by its Secretary-General, Dr Khalid Abubakar Aliyu, bad utterances from some residents as well as elder statesmen, whom it believed were making economic fortunes out of the crisis rocking the region, were making peace impossible in the region.

JNI urged the federal and state governments to swing into actions to ensure that such groups do not jeopardise the already fragile situation, but step-up efforts to bring an end to the crises.

The statement added, “It is very clear that some interest groups cried wolf than the bereaved in the present circumstance and thus, the need for government to quickly act before such interest groups exacerbate the already precarious situation, that could jeopardize frantic efforts aimed at restoring law and order, through dialogue and commitment for peace, with all relevant stakeholders in the state,”