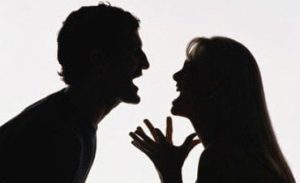 A 35-year-old housewife, Omolara Seriki, a resident of a community in Osun State has damaged the scrotum of her husband, Raheem Seriki following a disagreement between them on alleged infidelity.

According to information gathered, Mrs Seriki attacked her 52-year-old husband at an apartment where she reportedly met him with a woman about 10 pm.

Naija News understands the couple are no longer staying together due to the strained relationship between them.

The man had insisted during the argument which ensued that the woman his wife saw with him only brought him food but was unable to return home because of the heavy rain.

The wife would, however, have none of the stories as she angrily grabbed her husband’s scrotum and manhandled it which resulted in the man fainting and only regained consciousness at the hospital where the damaged scrotum is being treated.

Confirming the incident, the spokesman of the Nigeria Security and Civil Defence Corps (NSCDC) in the state, Daniel Adigun, said on Tuesday that Mr Seriki claimed the “lady brought food for him around 10pm but could not go home because of the heavy rain. After a while, his wife entered the room and an altercation ensued and the wife grabbed his scrotum. In the process, he fainted and only regained consciousness at the hospital where the damaged scrotum was being sutured.”