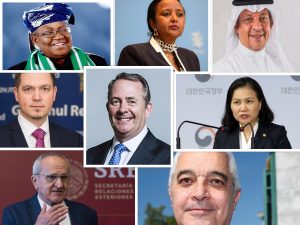 Speaking during an interview Lumumba who is one of Africa’s most outspoken Activist berated Africans for not supporting each other but always  seeking ways  of competing against each other rather than complementing each other.

Lumumba in his words

“Recently when we were competing for the non-permanent membership of the UN security council, Djibouti was competing with Kenya. Why?

“We’ve got to learn to do things properly as a continent. And when we do that, we’ll be stronger and ultimately, our populations would benefit from it.”

There are eight candidates for the WTO top job — and three of them are from Africa.