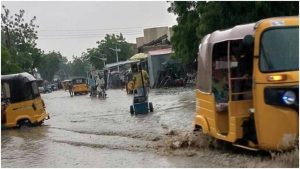 The hometown of the Senate President, Ahmed Lawan, Gashua which happens to be the headquarters of Base Local Government Area of Give State has been battling with flooding recently.

The residents of the town have been experiencing serious times due to the heavy downpour of rain.

The raining season in the ancient town LEDs to the submerging of the public infrastructures especially township roads, thereby severing some parts of the community from the others.

Personal property are equally not spared as the perennial flood bares its fangs annually.

An anonymous said, “Anytime it rains, our dilapidated roads become flooded. We will be cut off from the rest of the town. Year in, year out, we continue to record huge economic loss.”

Another resident also said, “It is unbelievable that a community which produces the number three citizen in Nigeria is currently in deep distress”.

Information gathered revealed that the Senate President recently took a step to facilitate the construction of an 8-kilometre road in the town, but many criticised the effort, saying it is grossly insufficient. 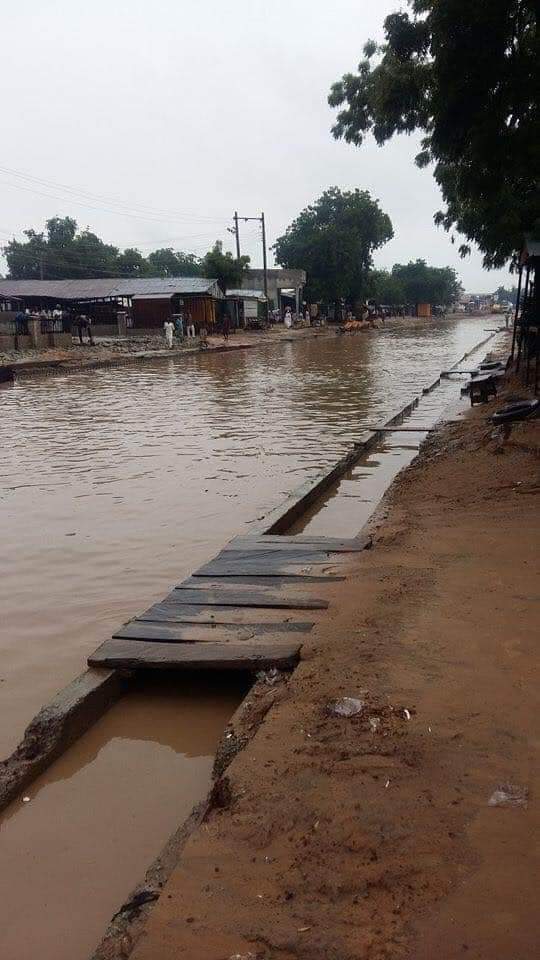 Available records showed that the ancient town is also on the Yobe River, a few miles below the convergence of the Hadejia River and Jama’are River and its average elevation is about 299 meters.

This, perhaps, is some of the reasons why the town is battling with perennial flooding every year with little effort made by authorities concerned to arrest the situation.